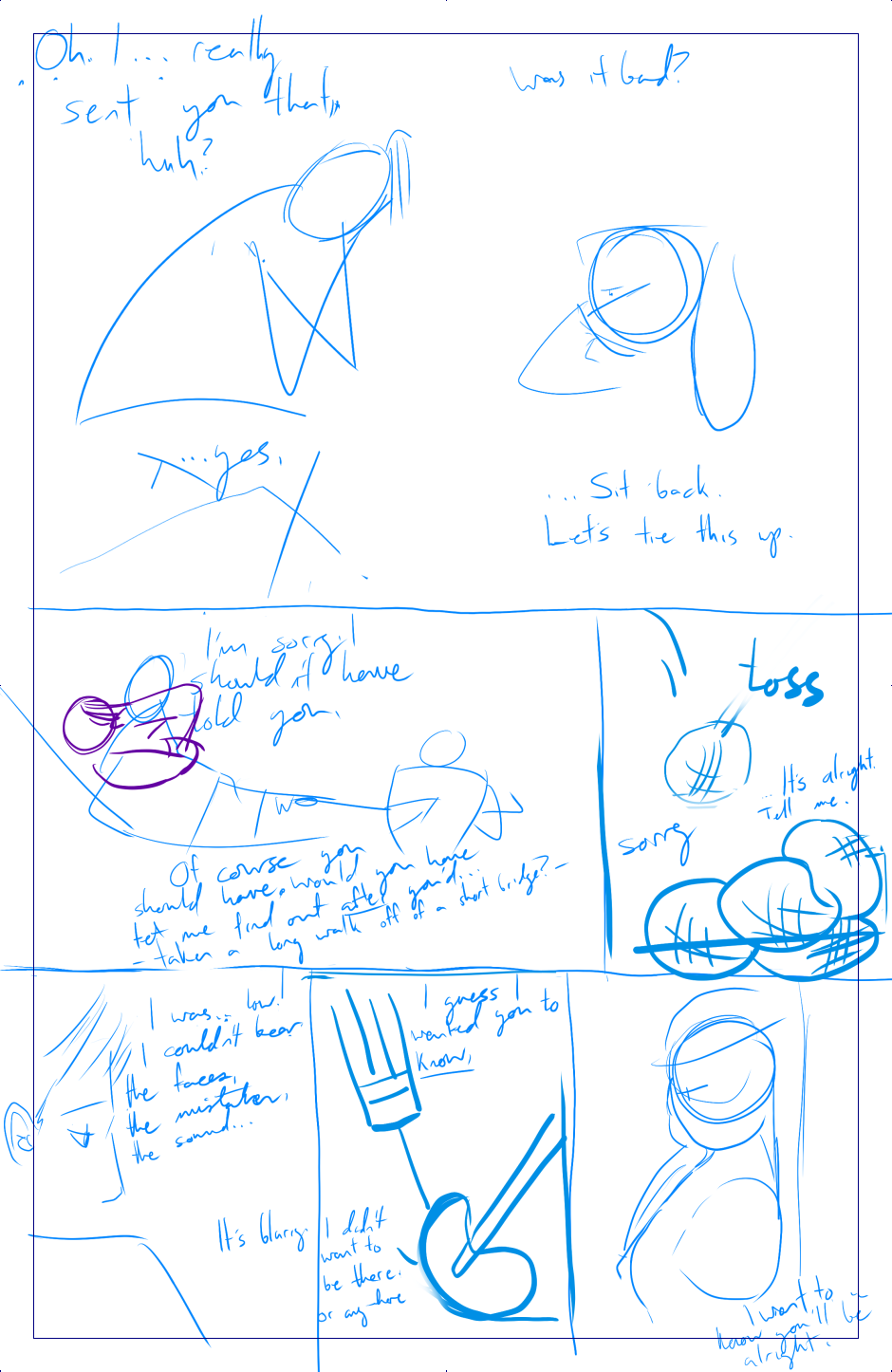 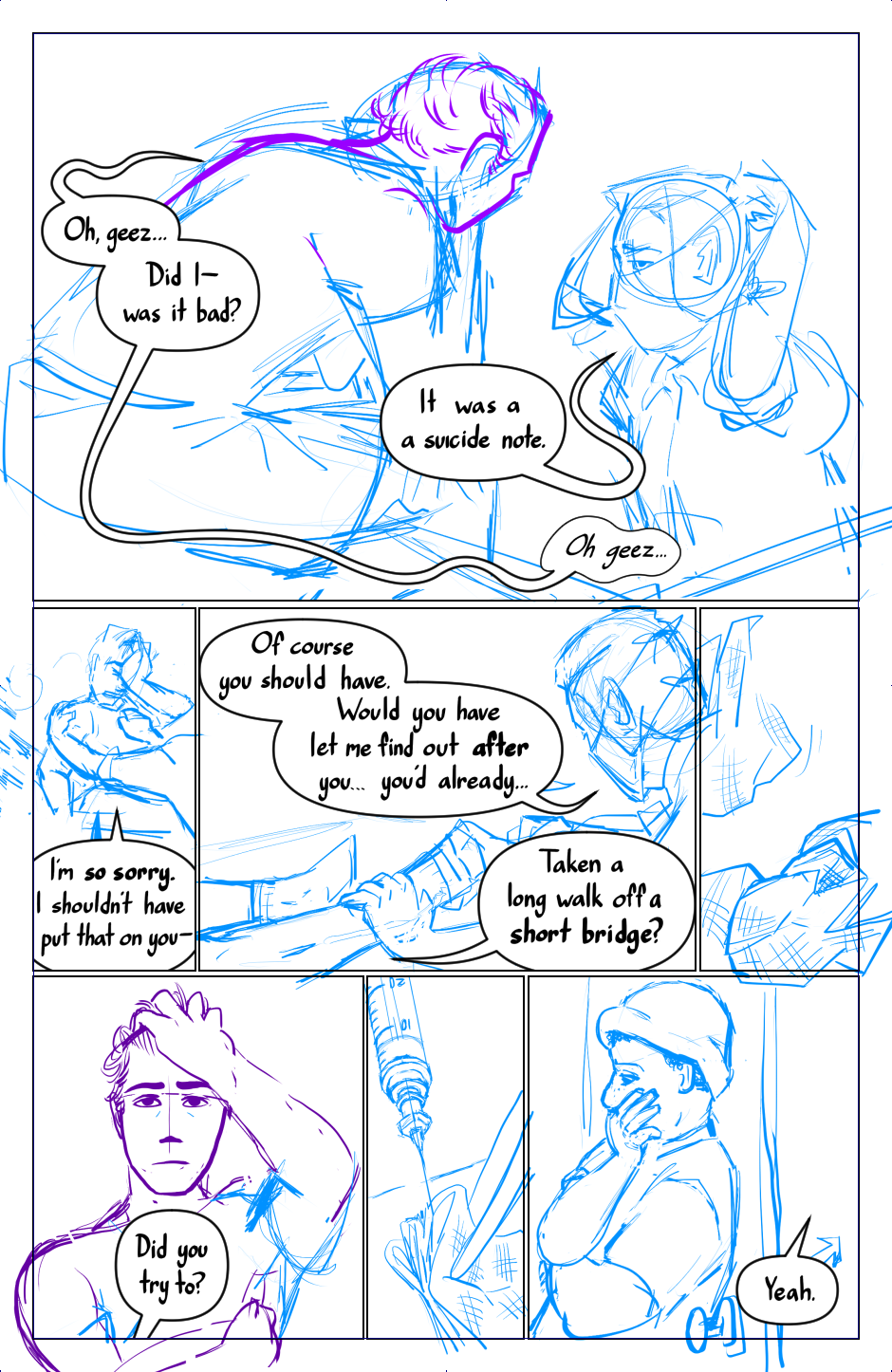 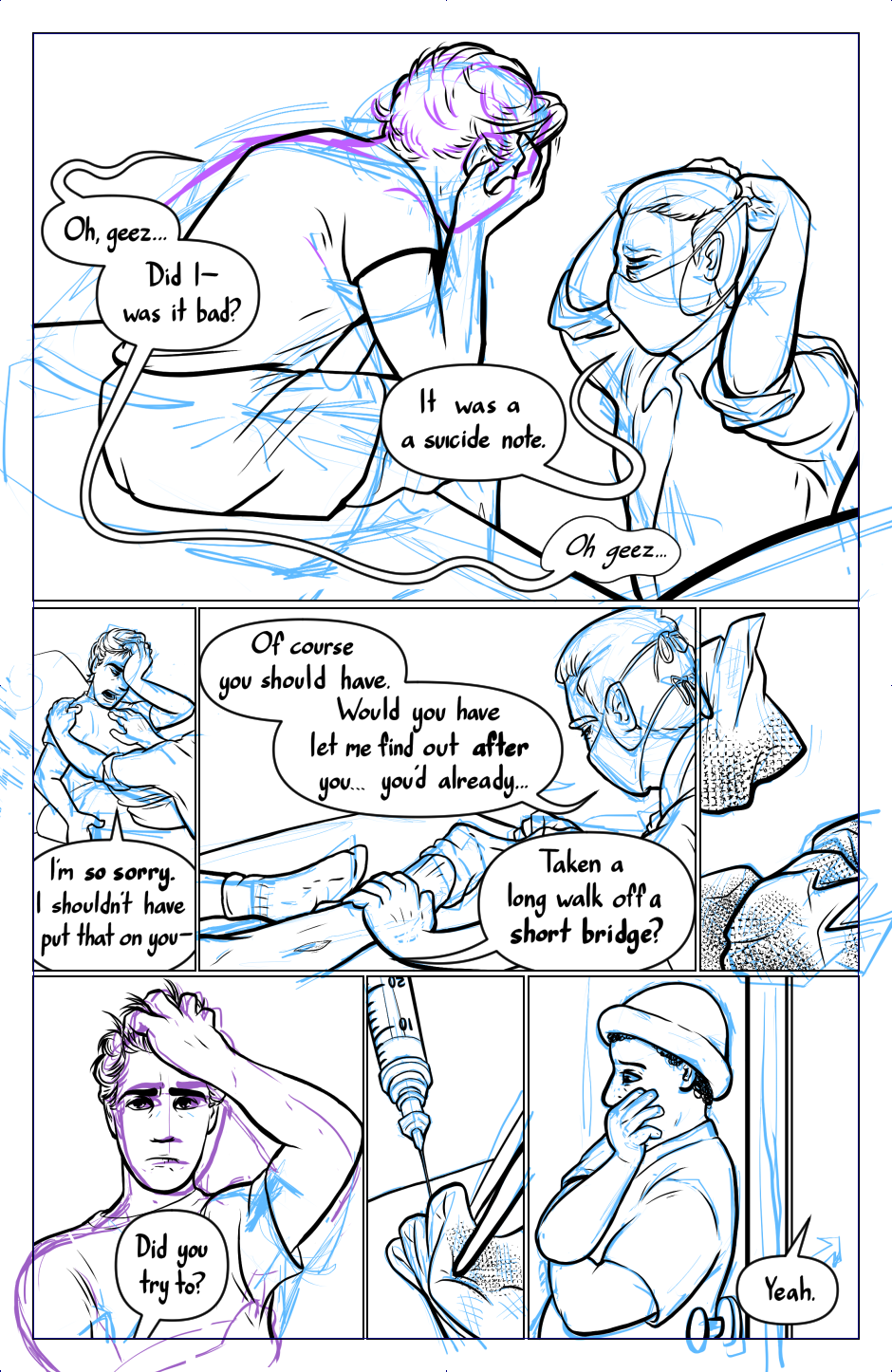 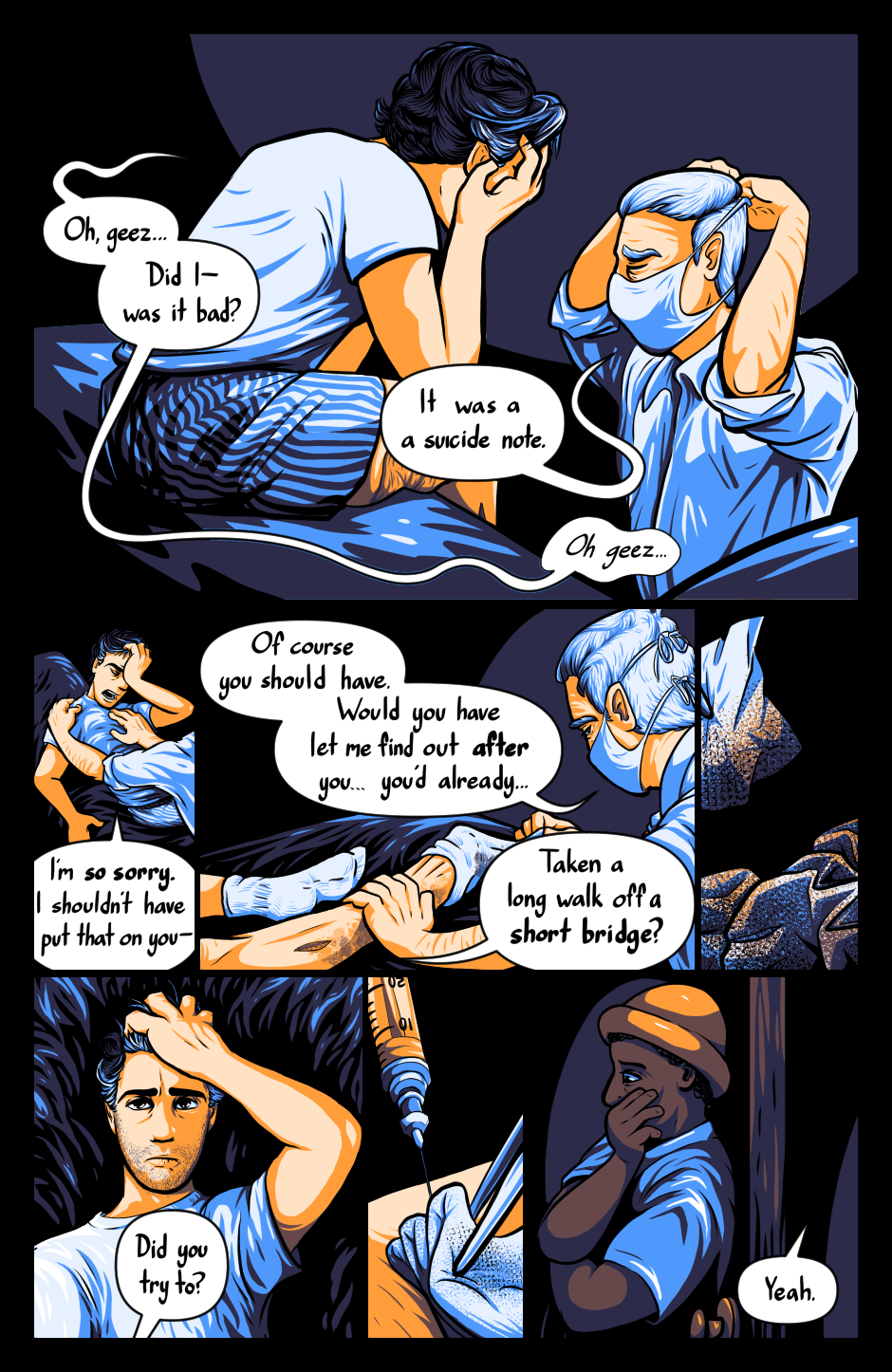 How about some artist commentary for this page? I'll talk a little about my usual workflow.

Thumbnails: [not shown] Follows the writing. Vital but they usually end up on scrunched printer paper and I have no idea where they are for this page or if they ever fully existed! So.

Sketch: The first digital step. The goal is to finalize the layout for the page so I can draw the panels. It's usually really gestural, even more so than the thumbnails. You can see some draft dialogue in my natural handwriting. I rewrote, remixed and rearranged the dialogue for this scene right until all the pages were done.

Lettering and Pencils: This part is a little more dialogue heavy than other pages, so I made sure to do the lettering before getting too far into the illustration. There were a couple drafts.
I make frequent use of the lasso tool to scoot and resize various parts of my penciling until it looks right. This is one of the main reasons I work digitally-- I'm lazy and I don't want to redraw things I'll just be inking over and erasing anyway.

Inks: This is the part where the characters and objects become 'real' to me. Before they were just scratchy, ethereal hints of themselves, now they're solid and alive. I refine expressions at this point and in general just tweak the emotion of it until I'm satisfied. I probably revised the dialogue a little at this point too, because the characters always seem to 'suggest' better writing once the art is actually drawn.

Coloring: A subject unto itself. Here's a time-lapse!


Final: What you guys usually see. I export to png and generally schedule pages ahead of time.


I could walk through thumbnails, lettering, coloring... leak dirty little secrets like "I don't have character model sheets or tons of concept art because I'd rather just do the dang thing..." Let me know what ya'll are interested in!

Really interesting to see your process!